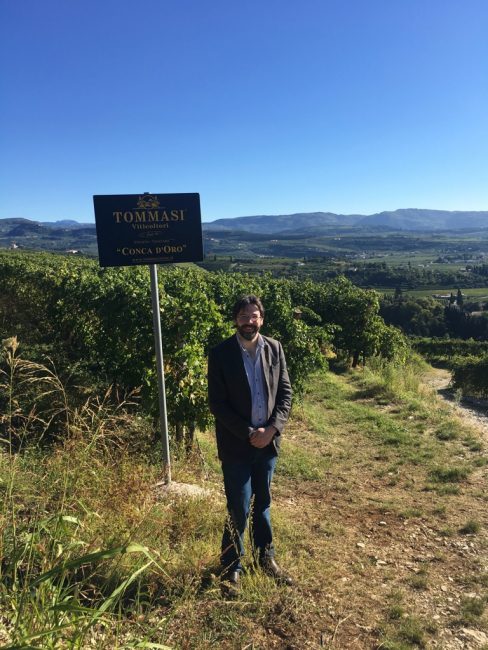 So, as I am writing this I am in Verona visiting Amarone producers – a tough job I know but someone needs to do it! The area has always been on the top of my list, not only because of the iconic, crazy wines it produces but also because, although every wine trip is amazing, it’s the little differences that make the wine. Amarone has one big difference and seeing it first hand has given me much respect for why this wine commands such esteem and such a price tag.

Amarone uses grapes that have been dried for 120 days to lose 35% – 45% of their weight in water, leaving a shrivelled looking grape which contains just one drop of intense juice creating, as you can imagine, an intense wine.

The wines I’m going to talk about today are the styles you are less likely to have heard about, the little gems also produced in the area that I have discovered on this visit.

Recioto is the red dessert wine made using the same dried grapes method as Amarone but stopping the fermentation process early to leave more sugar. Tedeschi is one of the oldest family producers – 4 centuries old! It is unsurprising, considering their age, that they make the Recioto in the older style, not as sweet as most and certainly not as sweet as most dessert wines, 85-95 g/l of residual sugar. This allows its relationship to Amarone be more pronounced, cherry liquor on the nose and that deep, smooth, long rolling black fruit on the palate. Its less sweet nature makes it the perfect match for pates and strong cheeses.

So Amarone is expensive. Of course it is – drying grapes, long ageing, never mind the fact that by definition you produce less wine for the same amount of farming. The way to get into this sort wine in the past was to order a Rippasso, this is where they take the used skins of Amarone and take a fresh wine of the area, known as Valpolicella, leave them together to create a richer Valpolicella wine. Tommasi go a little further by adding the complete Amarone grape dried for 25 days and adding it to the blend, 35% in fact. So if Rippasso is known as baby Amarone, maybe this should be called toddler Amarone (just a little more grown up). Deep in colour, pepper on the nose and a lingering palate make this an easier wine to match than it’s dad, try with game and red meat.

Dry as Can Be

Pip Has A Riesling Problem

Big and Rich Whites to go with Food

Big Soft Reds that owe a Debt to the Rhone Valley

Red Wines with a Spicy Personality

Pinot Noir and Other Light Reds